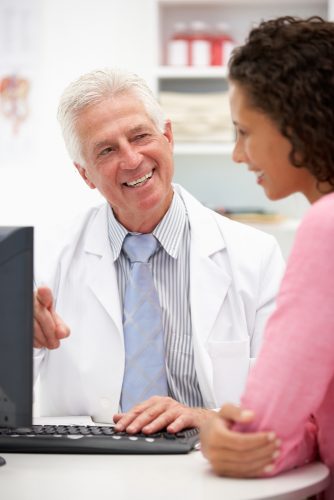 The United Kingdom has lower survival rates for many types of cancer than the rest of Europe,1 partly due to delays in diagnosis.2 When people present with non-specific symptoms, general practitioners (GPs) may find it difficult to determine whether further clinical investigations are needed. This may delay access to treatment, limit treatment options and reduce survival rates.2 3 To address this, Macmillan Cancer Support developed a Cancer Decision Support tool.4 It calculates a person’s risk of having an undiagnosed cancer based on symptoms, medical history and demographic data,5 and helps GPs consider whether further testing or specialist referral is needed. It uses two algorithms that have accurately identified people at risk of having an undiagnosed cancer and supported earlier diagnosis by GPs.6-11 A pilot study found that the tool raised awareness of cancer symptoms among GPs and encouraged further investigations.12 It has since been rolled out across the country.4

Survival rates for many types of cancer are worse in the United Kingdom (UK) than in the rest of Europe,1 partly due to delays in diagnosis.2 For many cancers, symptoms can be vague and non-specific, meaning that general practitioners (GPs) may find it difficult to determine whether further clinical investigations or a referral are needed.2 3 Delays in diagnosis have a negative impact on the lives of people with cancer, their families and caregivers – the UK Department of Health has reported that increased public awareness of cancer symptoms and earlier diagnosis could save an estimated 5,000 lives every year.13

Macmillan Cancer Support developed a Cancer Decision Support (CDS) tool aimed at GPs to improve the early detection of cancer in the UK.4 The tool calculates a person’s risk of having an undiagnosed cancer based on symptoms, medical history and demographic data pulled from their medical records.5 The calculations are based on two algorithms developed and validated by UK researchers – QCancer® and Risk Assessment Tool (RAT).2 6 14

The CDS tool was launched in 2013, initially focusing on lung, colorectal, pancreatic, gastro-oesophageal and ovarian cancer.5 It has since been expanded to include blood, breast, cervical, uterine, kidney, prostate and testicular cancer. While it does not diagnose cancer, it helps GPs ‘think possible cancer’ and consider further testing and specialist referral. To do this, it uses:

Using this information and their clinical judgement, GPs can choose to continue monitoring the person or proceed with further investigations and/or a referral.

What has it achieved?

Both of the CDS tool’s algorithms have been shown to support early diagnosis of cancer:

From March to November 2013, Cancer Research UK piloted the CDS tool in 439 GP practices in England.12 While the study did not measure the impact of the tool on the number of cancer diagnoses made by GPs, it did find that:

Some GPs reported that repetitive automatic prompts may discourage them from using the tool (‘prompt fatigue’) and that consultation length may also be a barrier to the initiative.12 People with cancer were concerned about the impact of decision-making tools on the quality of their interactions with GPs.

Since its launch in 2013, the CDS tool has been rolled out across the UK through two GP information technology systems: EMIS Web and INPS Vision.4

There are plans to further improve access to the CDS tool by embedding it in TPP SystmOne (IT system).