Patient story: ‘Follow-up is difficult – and it lasts forever’ 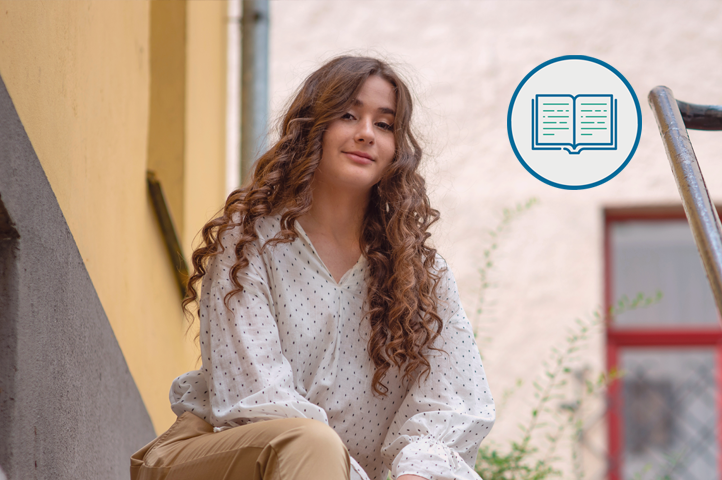 I had annual ultrasounds from the age of 17, having been diagnosed with a large fibroadenoma in my left breast, which was removed when I was 25. More than a decade later, I noticed a hardening in my right breast. I went to the hospital and had my first ever mammogram. After about a month, I received the diagnosis: hormone-receptor-positive breast cancer, very aggressive. I was alone when the radiologist told me.

‘I felt like I was in a bubble, floating in space’

I had an examination with the surgeon, who abruptly said he’d have to remove my right breast. He provided a list of the preoperative exams – they wanted to start immediately and perform surgery within a month. Thankfully, my husband was with me during this conversation; after the words ‘remove the breast’, I couldn’t understand anything else. I felt like I was in a bubble, floating in space, and I could no longer hear what he was telling me.

Many people in this situation get scared and just accept everything that is proposed, but I wanted a second opinion. I decided to consult an oncologist at another hospital, in a different province, at my own expense. He confirmed the diagnosis but strongly recommended chemotherapy before removing the breast, to reduce the tumour mass. He suggested having chemotherapy at my local hospital (otherwise the journey and the therapy would have been too tiring) and returning to his hospital for the operation.

I began having chemotherapy at my local hospital. They didn’t provide any information about the possible side effects. After the first chemotherapy infusion, I had to suspend it because I was at risk of hepatic coma. We later tried chemotherapy again but, due to further complications, I had to stop.

As well as undergoing chemotherapy at my local hospital, I had radiotherapy at the hospital where I had my operation. This meant I had to rent a flat at my own expense for a month. After having to stop the chemotherapy, I had a two-year monoclonal therapy.

I later had to undertake hormone therapy to induce menopause in my early 40s. No one spoke to me about the prospect of having my eggs frozen, which I later learnt would have been possible. At the end of the first five-year pharmacological menopause, I was advised to have my ovaries removed. I refused and chose to continue the medical treatment. After I turned 50, tests confirmed that I had entered menopause and I could stop the treatment permanently.

‘I have a great relationship with my oncologist’

I am still in follow-up, with annual appointments. Not all the planned examinations are free of charge, and I sometimes have to go private to avoid lengthy waiting lists. In fact, despite having a cancer exemption, I do not have fast treatment access anymore.

A few years ago, I decided to leave my local hospital permanently and rely only on the oncologist who had treated me from the beginning. This is expensive as it’s private healthcare, but I have a great relationship with this oncologist. I can email him with any doubts or concerns, and he monitors my situation – especially the side effects, which became my real problem during follow-up.

One improvement I would like to see in cancer care is the provision of a cancer-specific emergency room. If a cancer patient has an emergency during the night, they must go to a general emergency room. This happened to me when a terrible burn appeared around the insertion point of the peripherally inserted central catheter I’d had inserted prior to surgery. The team at the emergency room didn’t know what to do, so they took it out. I wish I could have been seen by an oncologist who would understand the situation. I’ve also had problems with recurrent pneumonia. It often occurs with atypical symptoms so emergency room doctors have not always recognised it. When problems occur during the day, everything is easier because you can see the specialists.

I have several ongoing health problems, years after treatment. These include severe back pain, vitamin D deficiency, sore bones, muscle pain and liver problems. My immune system is damaged and cannot balance. Side effects continue, and new ones arise, for years after the end of treatment.

I have been consulting the same (private) gynaecologist for 10 years, who has a general oncological preparation as well. Women with breast, uterus or ovarian cancer need oncological gynaecologists, who know how to manage the side effects of cancer treatment on the female reproductive system. In general, women do not receive information about the effects of cancer treatments on the uterus (such as endometriosis) and on their sex life. If a woman has to enter forced menopause, her body is going to encounter discomforts that should not be ignored – especially because they can be mitigated.

‘I didn’t have enough energy to deal with it’

Having chosen to rely on a private oncologist in another city, I spent a great deal of money on private consultations and transport, plus the rent for the apartment during radiotherapy. I was recognised as 100% disabled by the national insurance system and received welfare payments for two years. However, I was then asked to return a fairly large sum that they said had accidentally paid in excess. Although I proved that I had no income and could not work, they demanded repayment and my husband had to pay.

When I discovered I had cancer, I was working on a fixed-term contract for a public company. I applied for a leave of absence during chemotherapy, and as soon as I was feeling better, I asked to go back to work part-time. They refused and I lost my job. I could have consulted a lawyer, but I was so consumed by cancer care that I didn’t have enough energy to deal with it.

I have no idea how I would have afforded all this without my husband.

To this day, I do not feel like working; I wake up in the morning hoping to feel well. It takes me hours to start my day, and I often need to sit down to rest. I no longer feel capable of a demanding job and, above all, I couldn’t stand working in an environment where there’s no empathy for my situation. When you’re under treatment or in follow-up, you need a job which fits your health situation – but that’s very difficult to find.

If cancer appears at a young age, as in my case, follow-up is difficult – and it lasts forever, even if people say it is temporary. I don’t have a life anymore. Since being diagnosed with cancer, I have spent my days in and out of hospitals. Arranging my follow-up exams within the national healthcare system (I can’t afford to do it all privately) requires annual planning. I feel like I am nowhere near old enough to be constantly having to go to the hospital. It’s not acceptable at my age. I would like a break, but that is not possible.

‘We help each other’

Cancer treatments are managed according to standardised procedures – but not all patients are the same, and treatment should be personalised. There are also many economic dynamics. Moreover, many breast units do not have distinct and clear specialists for each single aspect of breast cancer care (senology, oncology and gynaecology); for example, sometimes gynaecologists also perform breast cancer surgery.

I’m worried about the future. As soon as follow-up is over, I will have to rely on my GP, who may have no specific oncological training. Those people who finish follow-up when they are still young, as will be my case, lose all exemptions related to cancer care. If you want to monitor your health situation, you have to pay for everything privately.

I was given psychological support before the operation, which was useful to some extent. But what I’ve found more helpful has been to actively get involved in organising events to make other women feel better, such as aesthetic treatments, music, dance and holistic treatments. This also gives women the chance to chat, have fun and create a genuine network. In the early years, I tried several associations, but none were quite right as I felt you couldn’t always speak openly. Eventually, together with other former patients, I founded an association to support women with breast cancer. There are no doctors on the board, but we collaborate freely with many doctors. We feel free to share information and talk about everything. I can work at my own pace to organise activities. We help each other, offering a supportive network that neither doctors nor nurses can provide. Within the association, we share our feelings and doubts, and we can fully empathise with one another because we have experienced the same overwhelming experiences and concerns. Only those who have gone through it can truly understand what it is like to have cancer.