Patient story: ‘I can’t understand why my diagnosis was missed for a year and a half’

Home News Blog Patient story: ‘I can’t understand why my diagnosis was missed for a year and a half’ 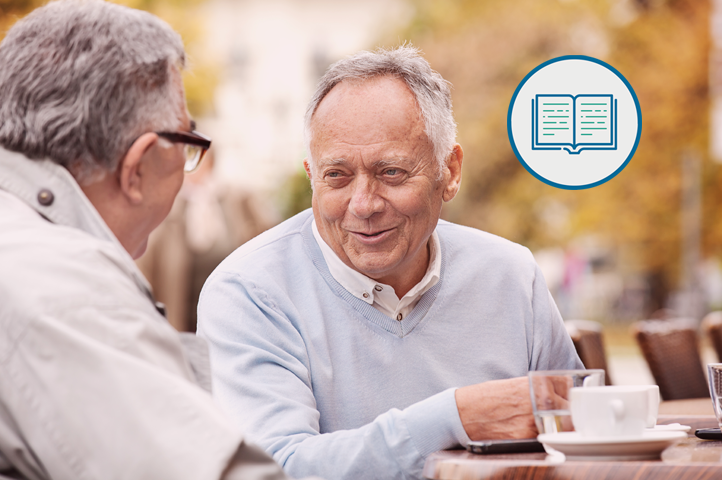 I had previously been diagnosed with bowel cancer in 2015, which means I still went to the doctor for check-ups every few months. The first symptom of my prostate cancer was pain in my neck, which progressively became worse. After first raising my symptoms, I received my diagnosis a month later.

I went to a rheumatologist, who was not a cancer specialist, and he told me that my neck joint was affected by the metastases of prostate cancer. There was no one else in the room at that moment and I didn’t bring anyone either because I didn’t expect a second cancer diagnosis.

I can’t understand why my diagnosis was missed for a year and a half. If my specialists had been more attentive, perhaps I wouldn’t have had the metastases. Now it’s too late…I really can’t understand how this could have happened and I truly hope that these situations no longer occur in the future.

‘My doctor has been changed three times without consulting me’

After my appointment with the rheumatologist, I was referred to an oncologist who specialises in prostate cancer. Subsequently, my doctor has been changed three times without consulting me; this was not pleasant at all. I have had to arrange everything myself. It would have been nice if I had some support.

I will have a bone scan and a CT scan in a month to see how far the metastases have spread. Based on the results, I may need radiotherapy and/or chemotherapy. However, I have told the doctor that I need to think about it. I know these treatments are going to make me very sick again, and I don’t know if I want to go through that.

‘I could not afford psychological support’

No one told me about the side effects and long-term impact of my treatment. The side effects were terrible – I was in a lot of pain. I was prescribed 8 different medicines – mainly to support my heart, muscles and stomach. I also take a lot of painkillers.

I got three quarters of my hormone treatment reimbursed, but I paid for these additional medicines myself. I give myself the amount I need every day so there is no waste. Initially, my cancer had a big financial impact but now I get financial support because my illness is incurable.

I’ve never had any psychological support. They have offered it, but I could not afford it. Luckily, I get a lot of support from my children and grandchildren.

Overall, my cancer care has been very consistent, and I feel am I being listened to. My doctors have explained new developments and treatments to me but, unfortunately, they cannot cure me. They have given me information about support groups, but I’m not really interested. I don’t think it will help me to listen to other patients’ stories, because I think I might feel more depressed.

The biggest concern I have about my care is that no one noticed I had prostate cancer for so long. Unfortunately, my doctors don’t see it as a mistake, and they have never offered their apologies.

This patient story shares the experience of one respondent who had to wait over two months to receive their diagnosis.

The theme of World Cancer Day from 2019–2021 is I Am and I Will. This is a call to action for personal commitment, representing the power of action taken now to impact the future.