Patient story: ‘I feel that my initial diagnosis was handled badly’ 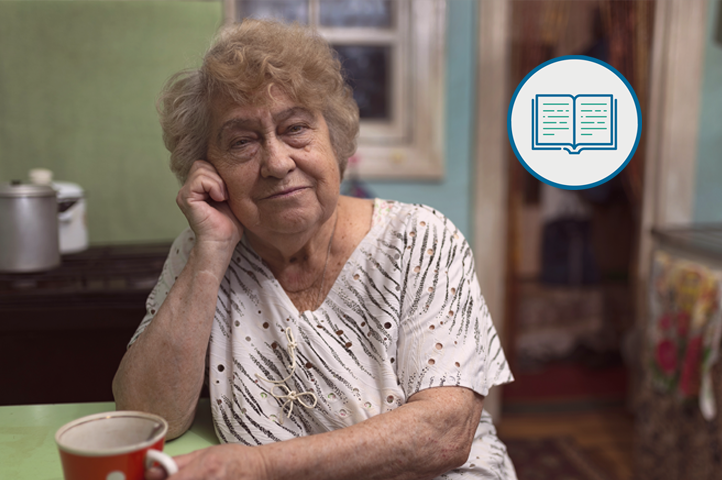 I visited the hospital because had been experiencing persistent hoarseness, and was booked in for a surgical examination and biopsy six months later. After the biopsy, I waited for a month with no word. I went to the hospital to ask why there was a delay, and discovered they had my results but nobody had bothered to call me. The biopsy had shown some abnormal cells, but they didn’t recommend follow-up. I was given a prescription of inhalation therapy.

Another six months passed, and I began to have breathing problems during exercise. I consulted a specialist at my own expense. He recommended another examination and biopsy, which I had at a private clinic. This time, the biopsy detected squamous cell cancer. The doctor recommended a laryngectomy. The surgery was performed very well. I then had another biopsy and quarterly follow-up over the next year.

Just over a year after the surgery, my neck swelled. I had a computed tomography (CT) scan, which showed a large recurrence in the neck area. I began a heavy chemotherapy. After two cycles, cancer was reduced by 75%, but the chemotherapy had significant side effects on my kidneys. Eventually I had to suspend it during the third cycle due to a severe leukopenia. A treatment to stimulate the spinal cord might have been possible, but the otolaryngology ward where I was treated was not authorised to make the drug. They asked my GP for it, who obviously did not have the experience for such a specific prescription. Passing the responsibility back and forth, nobody prescribed anything. Luckily, my white blood cells slowly recovered, but it took two months. In the meantime, I had also begun radiotherapy, combined with weekly immunotherapy. I tolerate radiotherapy well enough.

After a year, I was told that my active cancer treatment was concluded; everything looked fine, and they removed my peripherally inserted central catheter. I had another CT scan, which did not show anything new.

One day, I realised my neck was swelling again, just like it had a year earlier. They said the cancer was back. In my opinion, it had never disappeared; it had merely been dormant. I feel like, if they had prescribed a positron emission tomography (PET) scan at the end of the radiotherapy, they would have known it straight away. They’d repeatedly asked me if I had ever had one, but when I replied negatively, they passed on and never suggested that I should. I subsequently did my own research and found out that a PET scan can detect cancer with great accuracy. Had I known at the time, I would have paid to have this scan, with no hesitation. Many oncologists say it gives an unequivocal response at a relatively accessible cost. I don’t understand why it isn’t used more often.

Soon afterwards, something unexpected happened. After another CT scan, a radiologist raised the reasonable doubt that the visible mass could be necrotic tissue resulting from the radiotherapy, rather than cancer. Nobody wanted to consider this possibility at all. All the doctors believed it was cancer. A PET scan would have clarified the situation but was not suggested. I tried to insist on my wishes for a PET scan with the oncologist and the radiologists, but they dismissed me. I was exasperated, and threatened a formal complaint.

Two days later, I received an email from the hospital: I could have a PET scan in the radiology hospital where I’d had my previous treatments. It was recommended to evaluate a further radiotherapy cycle.  The PET scan showed that most of the visible mass in the previous CT scan was actually necrosis, and the cancer was very small. Radiotherapy was considered too dangerous because it was too close to the thyroid.

Why did I have to argue, go through stress and emotional tension to protect myself, to be heard and get a necessary exam? I hated having to threaten the hospital staff with a complaint; I am a helpful and open person, and generally have excellent relations with everyone. But it was the only way I could get the scan I needed.

I recently had another PET scan. By comparing the results with the previous one, I will finally know whether the cancer cells have increased, decreased or disappeared.

‘It is tough to accept’

I feel that my initial diagnosis was handled badly and could have been fatal. The doctor shouldn’t have neglected to monitor the dysplasia detected by the biopsy. He would have soon realised it was cancer, and could have intervened at an early stage when it was still limited to the vocal cord; a laser operation would have been sufficient. That would mean I’d be able to talk, eat and drink normally now.

Instead, the cancer was given an entire year to grow. I had to undergo a drastic operation, which was not decisive, and I am still having chemotherapy. I have lost my voice and have problems eating and drinking as I’ve lost my epiglottis.

When I think of the consequences of this – how my life has changed after surgery which I could have avoided, the severe side effects of chemotherapy and radiotherapy I have faced – it is tough to accept. I went through an inefficient healthcare process, and also had to pay out of pocket for private examinations and transport to get a correct diagnosis and reliable alternative solutions.

I don’t understand why chemotherapy and immunotherapy are not tailored to a patients’ needs. It seems that oncologists almost always prescribe standard treatments. They do not propose anything new or different unless a patient proves to be seriously prepared and insists. In that case, they consent out of fear. Do patients have to take an accelerated course of cancer medicine to protect themselves?

In my experience, they also never suggest therapies that could be useful but are available in different hospitals (even within the national care service). They leave you in ignorance. And nobody gives detailed explanations about the side effects. You know about some of them – losing your hair and vomiting from chemotherapy – but you’re not told how to deal with these things.

When I was having radiotherapy, I went to the pharmaceutical department to ask whether some supplements I wanted to take could help. They dismissed me and said supplements were useless. The national healthcare service does not provide supplements and there is much scepticism about them. But from my experience, some supplements (not drugs) which I’ve bought at my own expense have been indispensable to alleviate the effects of chemotherapy.

It seems that cancer is becoming a chronic disease, unless it is metastatic. Patients are treated to keep them alive as much as possible – it just depends how much the body can stand this stress.

‘I have a personal relationship with cancer’

I have never been to see a psychologist. I also didn’t want to participate in peer-support groups. I prefer spending my time with friends and family who love and enjoy their lives. This helps me. Everybody is amazed at the way I can eat, drink and speak in a very understandable way, despite my fragile situation.

I have a personal relationship with cancer. I feel a kind of admiration for cancer cells. They have their own vitality and intelligence. They hide from the immune system waiting for the storm to pass to come back. Of course, they try to get rid of me, and I would not say I like this, but I am not angry with them. They do their job.

My religious faith helps me to keep going. I know there is something in my future, which gives me hope.