Patient story: ‘I had to advocate for myself’

Home News Blog Patient story: ‘I had to advocate for myself’ 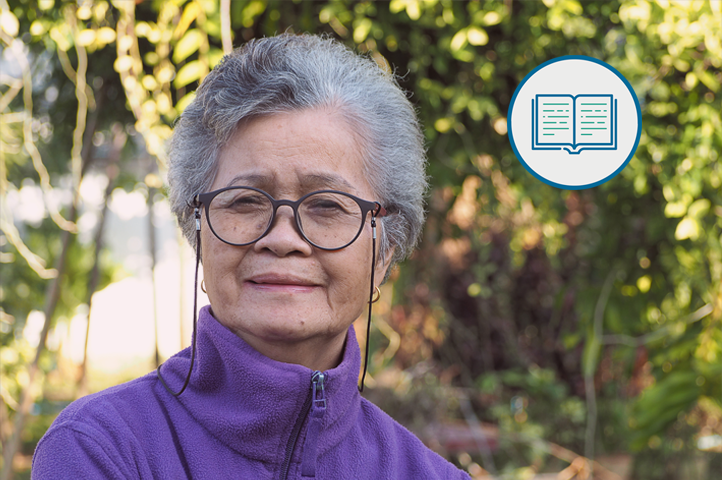 I woke up with an excruciating pain in my head. This is the most pain I had ever been in. I was also vomiting. At the time, I was in the US working on a research project. I had medical insurance, but I didn’t know where the hospital was or how to get to it, so I didn’t do anything about it then. A few months later, I was back in Canada and it happened again. The pain on both occasions subsided after two hours, but the second time I decided to do something about it.

I hadn’t had any symptoms before this and all three of the neurosurgeons that I have seen said that they don’t think that the headache was as a result of the cancer, but rather an incidental finding. Honestly when you find out, you can make a lot of speculation in hindsight, but I had none of the classic symptoms.

I went to see my GP in November, a neurologist in January and then in February I had my first MRI. Things moved quickly after that.

‘I was given information incrementally’

My diagnosis unfolded over time, after several tests and MRIs and with a lot of self-advocating. I wasn’t afraid to ask questions.

Both my partner and my sister were both travelling at the time of my diagnosis, so I took a friend with me. As an experienced neuro-oncology professional, she was a good person to take with me.

My first doctor didn’t give me much information. It was certainly not as much as I would have expected to receive at a diagnosis appointment. He made it seem my symptoms were no big deal. I never thought that my symptoms were pre cursor to cancer; I was under the impression that I was fine, but it should be watched and maybe in the future there may be a need for intervention. I got information incrementally.

I didn’t have a point of contact at the time of diagnosis, but now all my treatments are in one cancer centre and therefore they are coordinated by a nurse practitioner.

It took nearly a year to receive my diagnosis and I still did not know about the grading of my tumour until after my surgery.

‘I did not have much time to process’

Soon after receiving my diagnosis, I had surgery. Even though my tumour had grown in the three months between my first MRI and my pre op MRI, the surgery went very well, and the tumour board initially indicated that there was no need for any further treatment.

I don’t know what happened next. I think some information must have got mixed up, but I had a follow up appointment with an oncologist. This was because it was likely that the tumour would grow back at some point and I wanted to ask some questions.

However, this appointment resulted in chemotherapy and radiation treatments almost immediately, which was a big blow! This had not been mentioned before. What was first classified as a low-grade tumour was now regarded as high-grade, due to the changes in international guidance. This changed the way the tumour board approached my diagnosis and treatment. I had gone into this appointment thinking it was optional and an opportunity for me to ask questions, but instead I was being told by four people that I now needed to have further treatment that would start in two days.

I didn’t have much time to process this information. I decided to go ahead with the advised treatment and had to travel to Toronto for this. Luckily, some generous friends put my partner and I up locally, nearby the hospital.

‘My daily life changed after being diagnosed’

My daily life changed after receiving my diagnosis. I got very tired towards the end of my treatment.

I was fortunate to not have most of the side effects of chemotherapy, but no one sat down and explained the possibilities to me. They simply made it clear that treatment would not go completely smoothly.

I was not offered much in terms of other support. I had an option to see a dietitian on the ward and there was a place that I could go to for yoga and other activities.

Most of my care was covered by health insurance which included anything that was administered in hospital. However, my chemotherapy was administered outside the hospital. The hospital connected to me someone who was able to help me apply for financial help, as I am a student. A grant covered about two thirds of the costs and I had to meet the rest. I can’t claim back any of my travel costs back.

My partner is an independent contractor and didn’t have any issues around taking time off work. The emotional impact took its toll on us, but I think it made us closer as a couple. I also involved family and friends from the outset. I even wrote a blog to document my experience.  My cancer impacted my relationship with my sister as she has three children, which I could not interact with due to a compromised immune system. However, we kept in contact in different ways, so it was ok. Overall, my family and friends were very supportive.

I felt completely involved in my care. I now have MRIs every three months as a precaution. I am back to working part time and studying. I am very proud of this – a little over a year ago, I couldn’t even read properly. I am doing great and I hope it stays this way. I would advise anyone on this journey to seek a specialist and to stay well informed and advocate for yourself.