Patient story: ‘I wish I hadn’t looked it up on the internet’

Home News Blog Patient story: ‘I wish I hadn’t looked it up on the internet’ 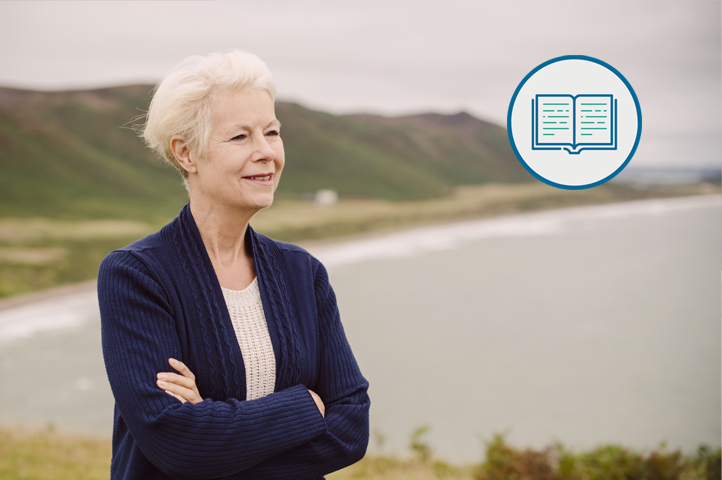 It all started while I was sitting in a theatre playing the violin. I had a seizure and collapsed in front of the whole orchestra. When I came round, someone was holding my hand. They said they would take me to the hospital as I had bumped my head. They called an ambulance.

I was kept in hospital overnight. The young doctor who was on duty said that there was something that needed further investigation. We didn’t know what it was at this stage.

Another doctor came on the ward doing the morning rounds. He picked up my notes, introduced himself, and then just said ‘You have a butterfly myeloma, we will transfer you for treatment.’ (I live on an island so was transferred to a city on the mainland.) And then he walked off, very casually. The nurse then said, ‘Oh well, you’ll look it up on the internet, won’t you’ – and then she walked off! I looked it up online and it said my life expectancy was six to eight weeks.

I was so shocked by this diagnosis, and I consider myself a strong person. They should have told me it was something they needed to assess in another hospital and left it there. The diagnosis with no explanation was awful.

‘Impossible to take in information’

The hospital on the mainland had a multidisciplinary team, and did a scan and a biopsy. They were excellent. I had a session with the neurological psychology team. They said the trauma your brain goes through makes it impossible to take in information, particularly in the early stages. So this makes the way I was told even worse. I wish I hadn’t looked on the internet as you see such awful stuff and it makes you worry.

At my first appointment at the mainland hospital, the doctor started the conversation by saying, ‘You will only last X years.’ Surely they shouldn’t start the conversation with those words? They certainly shouldn’t tell you your prognosis before anything else. But then my care was taken over by a consultant, who was excellent. He always had time to discuss things. He never rushed me. He always listened and was always honest.

I went back into the hospital after the biopsy. I remember him saying, ‘We need to start you on radiotherapy as quickly as possible.’ He said I would get a better outcome with radiotherapy, and that they could try chemo maybe at a later date.

I then had to go back every day for six weeks. I explained we lived on the island and had a young child. I asked if we could get all the dates and times so we could make it work for us all. This doctor did it all for us; he was incredible. He insisted that we needed to have our appointments at an exact time. He arranged them for 11am so we could take our son to school, take the ferry over, have treatment and then get back in time to pick him up.

I wasn’t really given any information when I first arrived at the hospital for treatment. Most of what I found was online, via a local charity. They gave me a box full of information – it was wonderful. The founder’s daughter had a brain tumour a long time ago and there was no information available, so she started the charity. It’s been absolutely brilliant.

‘I had to be proactive’

I was told about side effects and what to expect. I was told to expect fatigue and sickness. No one asked if the side effects were manageable – there was no other option. I had to have the treatment or wait for another seizure.

I found the whole process exhausting. I had to force myself to walk a little bit further each day as I was trying to get some strength back in my body. I wish there had been a rehab class for me to help me move more. I was left for a year and a half just sitting in a chair, basically. I had to be proactive to keep moving and not succumb to the side effects of the treatment.

It was all very, very stressful – for me and my husband. He is extremely supportive. I have some very good friends, including some who accompanied me to radiotherapy appointments. I haven’t told lots of people as I don’t want them judging me.

Today, I feel great. Sometimes I feel a bit tired, but that might be because of my age! If I ever have problems, I see my GP. I didn’t feel I needed to source any further emotional support. As my GP said to me, a good mood and positivity is the most important thing, so I have always focused on this. Life is about looking forward.