Patient story: ‘The fact my cancer was missed feels like a failure’

Home News Blog Patient story: ‘The fact my cancer was missed feels like a failure’ 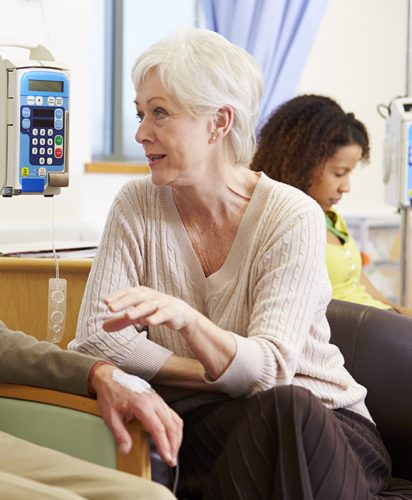 I was experiencing a lot of pain. A mass was found and removed but no biopsy was taken. A few weeks later, I started to bleed heavily. That’s when all the scans started.

I initially went to see my GP. I went several times to A&E and was admitted due to blood loss and pain management. I became anaemic due to the blood loss. It felt like no one was bothered. I had to fight to get my hysterectomy. Eventually they did a CT scan and that’s when they saw a mass pressing on the bladder.

‘I was groggy and shocked’

When I woke up after my routine hysterectomy, the surgeon was waiting next to me – he explained that a mass had been found and was being tested, but that it was likely a tumour. He said it had spread to my bladder and told me that I would be seeing a lot of him.

I was groggy and shocked – speaking to this surgeon was the first time I was told I had cancer. When the results of the test were back, I was taken into a room with this surgeon, a nurse and my husband. They confirmed my cancer. They said it would shorten my life and the only treatment was aggressive chemotherapy to try and contain it. They did say that people live with it. The whole thing was just horrific.

I could have asked questions but didn’t. All I was told was the diagnosis. There was no treatment plan until the following week when I saw the oncologist.

I was never assigned a cancer nurse. There is no one that I can ring to get support. I did not feel there was enough support at my diagnosis meeting. I was not given contact details for anyone.

It took nine or ten months from first noticing symptoms to being diagnosed. That seems too long to me.

I don’t remember discussing my treatment. I think I was in shock, but my husband was with me.

I drove to all my treatments. We have had to pay for petrol and car parking. It is very expensive. I am now classed as disabled and have a blue badge, so parking is free. Even with the blue badge it is challenging to find a parking space.

After my initial diagnosis I had a tour of the chemotherapy ward. A chemotherapy nurse told me exactly what to expect and I was given lots of leaflets.

Generally, the care was good. The hospital was busy and short staffed. I wasn’t clear on who to ask certain questions of. I never saw the same nurse twice.

Halfway through treatment I had a CT scan. I was called and told the oncologist wanted to see me. She didn’t say why. I went on my own without my husband. But it was the halfway test results, which I didn’t realise. I wish my husband had been there. The cancer was contained, and they were ecstatic.

‘I have suffered with dark thoughts’

They warned me my chemotherapy would make me sick and prescribed me anti-sickness medication. I felt sick all the way through. I couldn’t walk. I spent 27 days in one month in the hospital. I’ve had no life and the impact was massive. I wanted the chemotherapy because I knew it would treat me – and the fact it made me so ill made me think it was working. Even knowing how bad it has been now I would still have the same treatment as it worked.

Financially, we did struggle initially but things are better now. I would like to go back to work one day – I am on maintenance chemo. I have heard others who have worked with it.

I wasn’t told about clinical trials. They didn’t offer any information, so I asked the question. The hospital I go to is a research hospital. I will be considered for a clinical trial if the maintenance chemo stops working.

Halfway through my treatment, the funding was removed for treatment, so I had to change to another hospital much further away. I now must go there if I need to be admitted and if I have any issues.

I have suffered with dark thoughts. It is hard not to. Lately I have I started to feel well enough to be able to go out. I have felt the depression lifting slightly – I was able to cook and go out in my car and do some craft. All these things have made me feel a bit stronger. Although I am feeling stronger, I am still not above 50% health. But this is a huge improvement on how I was.

My husband’s work was supportive initially. But after six weeks they said they couldn’t pay him anymore for time off. So, I went alone or with a friend for some appointments. I wish employers were more supportive. What if were their own family member?

When I came out of hospital, my GP came to visit me three times at home, which I was impressed with. She hadn’t heard of my specific sarcoma, but she was honest about this. She got information on it all and read it out to me. The care I have received from my GP has been good, I have no complaints.

The fact my cancer was missed at the start feels like a failure. I am not happy about my initial treatment in hospital – I was made to feel like I was taking up a bed. The care since has been middle of the road. Sometimes it is good and sometimes it is bad.

I will advise all patients to advocate for themselves, and make sure they are accompanied by a friend or family member as much as possible.