Patient story: ‘There was no one there to reassure me’

Home News Blog Patient story: ‘There was no one there to reassure me’ 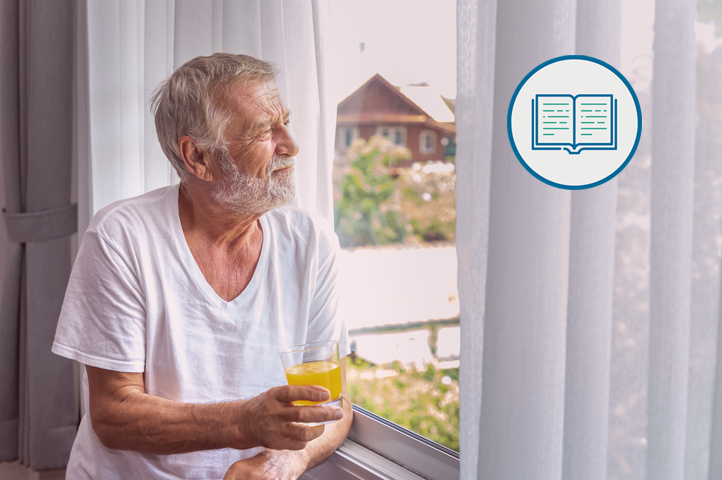 I first sought medical attention in 2017, due to difficulty breathing. I had blood clots in my lungs and was treated for these. In the tests that they ran at the hospital, a PSA test was also included. Once this was carried out, I was given no further information about it. I left hospital after treatment for my blood clots and I didn’t think about the PSA test again. Months later, I received a letter telling me to come back in for an appointment regarding the results of my PSA test. I wasn’t told to bring anyone with me.

When I attended the meeting, there was just one other person present, the registrar. He told me that the results of the PSA test had shown some abnormalities in my blood that could be indicative of prostate cancer. I would have to undergo further tests to confirm this. I went on to have a CT scan, which confirmed the results.

‘I was completely exhausted’

The registrar told me that I needed to undergo a series of radiotherapy sessions in order to treat my cancer. I travelled back and forth to the hospital for six weeks to have this done. Each time I went it took me an hour and half to get there by bus and the same on the way back. I don’t drive so I was reliant on public transport for my travel. The travelling was by far the worst part! By the time I got home, I was completely exhausted. My treatment was always straightforward but travelling drained me.

The thing I found most frustrating throughout my treatment was the lack of coordination from medical teams. When I went for my radiotherapy sessions, a traffic light system was in place. This alerted patients as to how busy the radiotherapy machines were, giving you an indication of how long you would have to wait for your treatment. Delays could be caused by machines breaking down, or by other patients being prioritised over you. The traffic light system could only be seen if you were physically at the hospital, within the radiotherapy department, meaning you would be unaware of any delays until you arrived there.

‘I would have liked to feel like more than a number’

There was never any human contact while I was waiting for treatment. There was no one to explain to patients what the situation was, or to reassure you how many more hours you would be waiting. By the end of the treatment, I just got used to it, but it would have been far more beneficial for patients to have someone to talk to. Human contact would have made my treatment feel more personal. I would have liked to feel like more than just a number.

The technicians who operated the machines were the only staff that were available to talk to. They were all very knowledgeable, but it wasn’t their role to answer questions about my treatment.

Once my radiotherapy was complete, my doctors wanted to check the effectiveness of my treatment by doing further PSA testing on me. Given my previous experience with this type of testing, and the amount of time it had taken to show that I had prostate cancer, I was very reluctant to have this done again. I asked for an alternative and requested a CT scan instead, as this is how they had confirmed my cancer initially. I was refused this and told that they only used PSA testing for this purpose. I dug my heels in and refused their testing and as a result have no knowledge of what stage my cancer is at.

I decided to pursue getting a scan done privately. I didn’t want to pay but could swallow the cost of having the occasional scan in order to ensure my health status. However, the private scanning that I sought to take up, I was turned down for.

In terms of side effects, I find that I have very little libido now. Luckily, I was able to keep up with work online and so it was not affected. I am still searching for an alternative to the PSA test.

Patient story: ‘The fact my cancer was missed feels like a failure’

This patient story describes a delay in receiving a diagnosis and struggling with the intense chemotherapy.

This patient story recounts the experience of a respondent who experienced severe anxiety and a lack of psychosocial support for himself and his wife.

Patient story: ‘There is a psychological burden on the family’

This patient story talks about the psychological impact of cancer, despite treatment being efficient and effective.