Home News Blog Patient story: ‘Waiting so long for a diagnosis is horrible’ 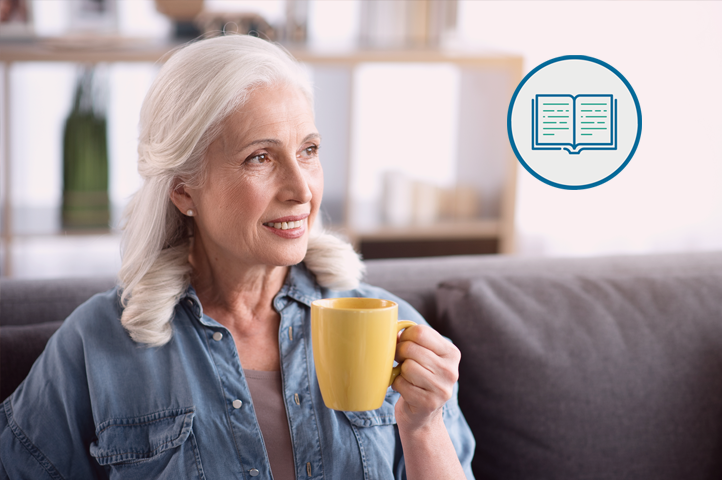 In 2015, I suddenly experienced heavy pain in my lower back. I used to have kidney stones, so I thought this might be the case again. I ended up in hospital via A&E, but they sent me home because they couldn’t find anything.

The pain persisted so I went to another hospital, where they found one tumour in my stomach, one on my fallopian tube and a growth in my colon. After a laparoscopic surgery, the surgeon told me that I had cancer. At that moment, no other specialists were in the room, but luckily, I had brought my husband with me.

The surgeon then referred me to the oncologist, where there was a long waiting list. Because of this, I received the diagnosis two months after experiencing symptoms. This was way too long to receive my diagnosis. However, after confirming the diagnosis, everything went quickly.

I had surgery in which half of my colon and both my ovaries were removed. Then, I started with chemotherapy, six times, every two weeks. My uterus and peritoneum were also removed between the chemotherapy appointments and, a few months later, I also had surgery and HIPEC. However, this led to complications, including a leak to the gut that required me to undergo emergency surgery. During that surgery there were further complications – stomach fluid in my lungs. I was admitted to the intensive care unit. After that, when I went back for a check-up, they discovered that I had also had a pulmonary embolism. My total treatment lasted a year.

‘The care that I received could certainly be improved’

I haven’t been assigned a key person of contact or a support worker. I have only had contact with my surgeon, oncologist and the nursing staff. I have certainly been involved in discussing my treatment plan and everything has been well explained by my surgeon. An alternative opinion was never presented to me, but that was not necessary because I knew what it was.

The care that I received during my treatment could certainly be improved. If my pain had been taken more seriously, I wouldn’t have had complications during my emergency surgery. It also would have been helpful to receive the diagnosis sooner. I haven’t been given access to other types of treatments or complementary therapies. I had to find out a lot myself in this regard. I started doing sports by myself, but I would have liked to do this with company.

I received a lot of information regarding side effects and it was well explained. However, I wasn’t given any information for the long-term impacts which I experienced, for example, a slow-acting intestine. For my side effects, nausea and mouth ulcers, I had medication, many painkillers and even morphine.

‘I lost my company’

The costs of medication and hospitalisation were partly reimbursed because I had very good insurance. I now get disability health insurance because I can no longer work. Because of this, I have much less money to spend so I have had to adjust my lifestyle. Unfortunately, I’ve never received any advice about financial help.

I was self-employed and had a large customer base, which I completely lost because of my illness. I’ve had to close my company that I worked on for 30 years. That was very tough. Emotionally, it has had a huge impact on my daily life. I have never been offered psychological support, but they did offer it to my husband. I certainly would have liked to talk to someone. There was information in the hospital about support groups, but I didn’t really feel the need for them.

If I could change something, it would be the long waiting list at the oncologist, because waiting so long for a diagnosis is horrible. I wish that my care staff had been more supportive and that I had been offered psychological support.