Patient story: ‘There needs to be more education on different types of cancer’

Home News Blog Patient story: ‘There needs to be more education on different types of cancer’ 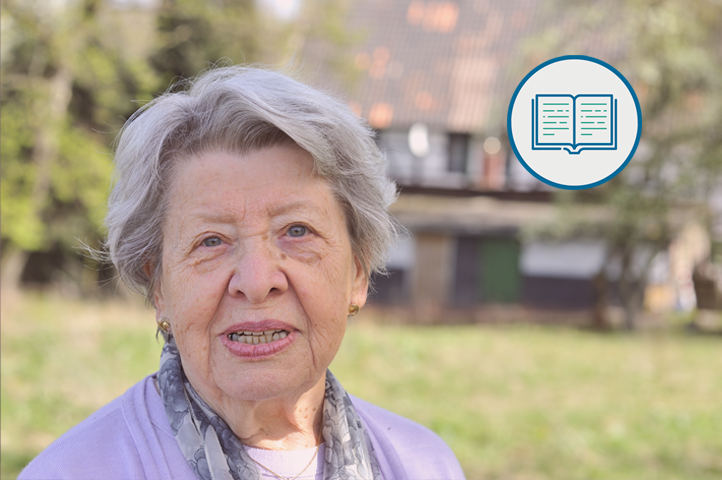 I had symptoms for more than a decade, and I had no idea what was wrong with me. I started asking the doctor for a blood test every year – I assumed I must have some kind of deficiency. The doctor humoured me, but said my bloods were coming back fine, so I must just be working too hard. This went on for about six years – my bloods always came back fine.

I went overseas, and when I returned I felt really unwell. I couldn’t put my finger on it, but I was coughing and had constipation – I just knew something wasn’t right. At that time, my father had terminal cancer, I had already lost one of my sisters to cancer, and the other sister had recently been diagnosed. I went to the doctor and requested a colonoscopy. The doctor didn’t think it necessary and wanted to send me to a psychiatrist. I never went back to that GP. I knew I wasn’t going mad – I was unwell.

I found another doctor, who sent me for an ultrasound. This showed that I was severely constipated. I was treated for this, but still felt unwell, and eventually had a colonoscopy. I told the gastroenterologist how unwell I’d been. He explained that if they didn’t find anything, I would be referred to a dietitian. But in that colonoscopy, they didn’t investigate into the ilium – sometimes they are not able to get the camera up there ­­­– so they didn’t find anything.

I stopped menstruating and had menopausal symptoms. The GP said it was stress-related but referred me to a gynaecologist, who diagnosed me with endometriosis. I was given a curette, which led to profuse bleeding. No one could work out why this was happening. During this investigation, they saw that I had cells doubling up in the womb, but that it wasn’t malignant. I was given the option of being monitored or having a hysterectomy. As I had already gone through the menopause, I had a hysterectomy, but I think that was a misdiagnosis. I had so many issues after the surgery. I’ve subsequently found out that both constipation and severe bleeding can be symptoms of neuroendocrine tumours (NETs).

About two years later, I had an excruciating pain one day – it felt like I’d been cut through the middle with a knife. It came and went in a flash. I demanded another colonoscopy, and this time they went up into the ilium. That’s when they found it. I was originally told it was a benign tumour; there was nothing wrong with me and I was to come back in four years. Luckily, someone else looked at the tumour and called me in to say they thought it was something else. They didn’t tell me what it was, just that they wanted me to go for further tests. No one gave me any results of this testing, they just asked me to have a CT scan and, subsequently, a gallium scan. At this point they mentioned peptide uptake, but never cancer or tumour. After four months I had to ask if they were telling me I had cancer, but they still wouldn’t confirm this, instead saying that they would need to open me up to see.

By this time, my sister and my father were both dying of cancer. I went into shutdown mode. I couldn’t explain this to my family. I looked it up online, which you shouldn’t do. I had moved away from my home and I was not having any follow-up appointments. I refused to have the surgery after my bad experience with the hysterectomy. When I was sent to oncology, they didn’t understand my concerns. They just asked what I was worried about as it was only an ‘iddy biddy’ tumour: ‘It’s less than two centimetres! You just need to get that thing cut out.’

It turned out there was no alternative to surgery. I had no real consultation before it happened, just a telephone conversation. As I was going down to be sedated, I was asked to sign the form to say whether I agreed to open surgery if they were not able to do it through a laparoscopy.

‘My world fell apart at the thought of further treatment’

I woke up in a world of pain. They had cut me right down the middle. I had four big bottles hanging off me. The pain was so severe, and I was out of it for about three days. When I started to come round, I asked the surgeon if they got my ‘iddy biddy’ tumour. He said it had been a very difficult surgery and I had many adhesions. It had taken them six and half hours to find and remove the tumour, which was as hard as a rock and had metastasised to my lymph nodes. I was told I’d have to go back to oncology to see if I needed further treatment, such as chemo. My world fell apart at the thought of having further treatment. I had seen my sisters go through this.

When I was in recovery, I saw a registrar. She told me that was nothing wrong with me. And she told me to smile, as it would help! That was two years ago. I have been followed up by an oncologist since then. He is doing my bloods and scans. But I have never been offered any other support – no advice on diet, exercise or anything else. I felt that there was derision from the specialists, as they had got my tumour incidentally. I felt I was treated very differently than patients whose cancer has metastasised to their liver – but I still have a regional metastasis.

I have haemochromatosis, which means I have too much iron in my body. Most people who have NETs can get anaemia, but I will never have that problem, so that could hide symptoms.

I got a referral to a specialist hospital and, when I arrived, I was told that they didn’t see many people like me ­– ‘people who are well’. I felt like I wasn’t going to be listened to again, as I was not well. I have NETs and a multitude of related illnesses. I told them I needed to be managed under a multidisciplinary team, but they just said that I could come back to the hospital when the cancer returns. They told me I was well.

‘I’m now coordinating my own health’

Partly because I was misinformed and partly because of the stress of my family members passing away, I gave up work, sold my house and moved to the country to follow a much simpler life. I bought a smaller property, so I have money left over to live on. I pay $2,000 a year for my healthcare plan. The money will eventually run out. I cannot access my pension for another two years; if I was showing evidence of active disease, I would be able to use that money now. I think all cancer patients should be able to access these funds when they are diagnosed, rather than relying on personal finances. I am out of pocket for all the extra support that I have had to get, such as nutritional advice and exercise. I know now that I didn’t have to give up my life in the city – I thought I only had a couple of years left! I was misinformed.

I’m now coordinating my own health and communicating with all the different disciplines in order to manage my care effectively. No one else will do this for me. I had to go into a pharmacy to ask about by medication. I have no access to a NETs nurse because I am showing no evidence of disease.

I have to find all my own information, through personal research. There is no centre of excellence in my area and the nearest support group is three hours away. I thought about starting my own support group, but there are so few people with NETs in this area and I have no idea whether they want to link up.

I feel that the biggest inefficiency in my care has been a lack of proper information. No one seems to know anything about NETs. There needs to be more education on different types of cancer, so the health professionals can properly support the patient and provide the correct treatment.