Patient story: ‘I don’t know whether I’d have been given so much information if I hadn’t asked’

Home News Blog Patient story: ‘I don’t know whether I’d have been given so much information if I hadn’t asked’ 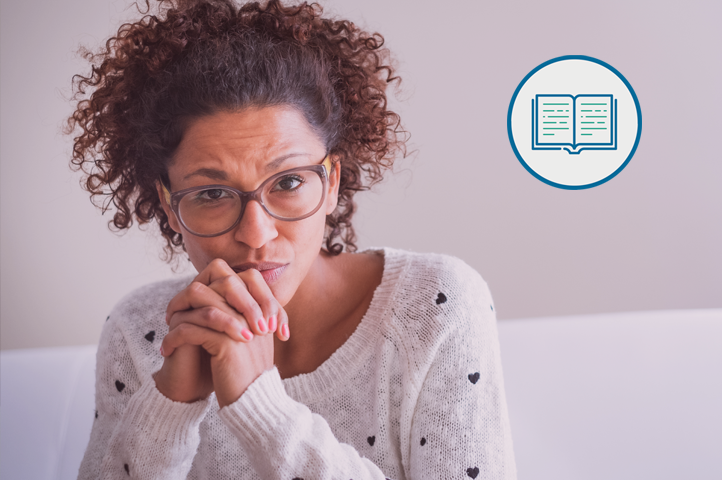 I had a benign cyst in my breast at the age of 20 and was advised to have regular scans after that. It was during one of these that my cancer was detected. I had a biopsy immediately and was diagnosed two days later: stage II cancer.

I was at home when I was told. My GP phoned me and delivered the news. The next day I went in to meet with a nurse and other members of the care team. I had further tests within two weeks – it was all done very quickly.

The only problem I experienced during my diagnosis was the information leaflets they gave me. The leaflets were very practical, but on the first page it says, ‘We’ve just diagnosed you with cancer.’ It was like a slap in the face. It’s a scary word to see in big print like that. Being told I had cancer was one of the worse moments of my life. I know I had cancer but, at that moment, I just couldn’t hear or see that word.

‘I had gone through so much already’

Not long before my diagnosis, I had been involved in a car accident and had an operation. Now my oncologist and gynaecologist were telling me I needed surgery immediately, but I still hadn’t recovered from my operation a month earlier. I didn’t feel strong enough. My GP supported me, saying that I had gone through so much already, physically and emotionally, that I should be allowed to rest for a couple of weeks.

I had hormone therapy and radiotherapy. The radiotherapy was done in another hospital where the breast cancer unit had a device that did not harm the area around the tumour. The staff there were just as good as at my regular hospital. One thing I hated about having radiotherapy, though, was that while you’re in the waiting area they announce the names of the patients over a loudspeaker. It felt horrible, especially in the first few sessions.

The team caring for me was very helpful; I have nothing to complain about. My opinion was always considered and all the staff in both hospitals listened. It probably helped that I asked a lot of questions. I don’t know whether I’d have been given so much information if I hadn’t asked questions.

I was let go of my job because I was considered too ill for a full-time job after four months of sick leave. I know now that I could have been financially supported to settle as a self-employed worker, but I was not informed then so I could not take advantage of it. It is a very brutal change to go from 55 hours a week to being unemployed and getting help from the government.

Today, I work seven days a week, even if it is inadvisable. Without this, I wouldn’t be able to afford alternative treatments that allow me to live with side effects, such as joint pain. These treatments are expensive and are very rarely reimbursed, if at all. But they are the only thing that allow a certain amount of comfort.

I have my own therapist because I am no longer entitled to psychological support from the hospital. I think I will need it even more when my hormone therapy comes to an end, as I will have no other support.

‘I was lucky with my care team’

I think the crucial thing in cancer care is to take the time to explain everything tactfully and listen to patients. I know I was lucky with my care team, but I haven’t heard the same from most other patients I’ve met. On a personal level, I’d also like to have been informed about all relevant patient associations, which could have helped me with financial aid but also given physical and emotional support.

There were information leaflets provided, but they were just in a pile on a counter – they are not automatically given to the patient. If I had to give a piece of advice to other people with cancer, I would tell them to ask a lot of questions. Whatever you want to know, just ask. It’s the only way to be sure you’ll get the information you need.