Patient story: ‘I was operated on within two weeks of my diagnosis’

Home News Blog Patient story: ‘I was operated on within two weeks of my diagnosis’ 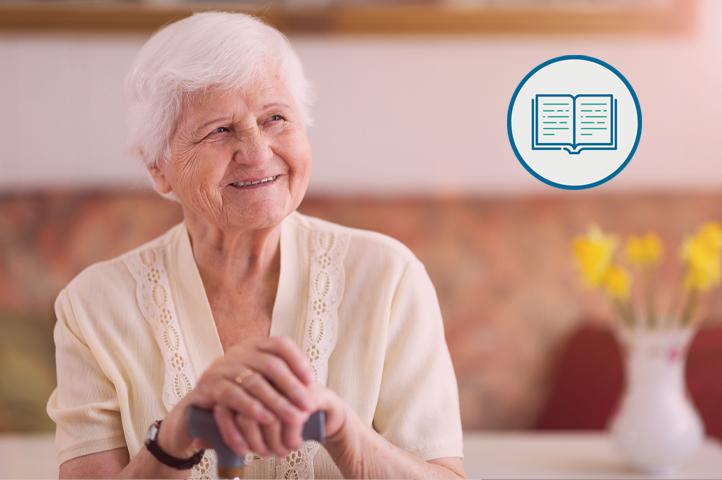 I had no symptoms, but I went to the hospital for a general check-up; it was found that I had two tumours in my lungs. I was immediately referred to a lung specialist, who informed me of my diagnosis. Due to the size of the tumours, my specialist secured an appointment with a surgeon quickly. Within two weeks, I was already operated on. I have also had nine chemotherapy treatments.

I was really happy with the way my specialist treated and reassured me. While there were no other specialists in the room at the time, I did bring my sister who was with me when I was told I had cancer.

‘I’ve been very sick throughout and after chemotherapy’

I wasn’t assigned a clinical nurse, but when I was in hospital, a social worker regularly came to see how I was doing. I could ask her all my questions, but I also discussed everything with my specialist. I wasn’t involved in discussing my treatment. A team of doctors drew up my treatment plan and my specialist explained everything to me. This was fine as I trusted them. No alternative treatment or second opinion was proposed to me, but I didn’t ask for it either.

The chemotherapy treatments have been administered better. At one appointment, they pricked the infusion right next to my vein, so the chemotherapy fluid went straight into my arm, next to my vein. The nurse didn’t do anything because she could see that the infusion was almost empty anyway but, in fact, this can be very dangerous. I had a red stripe from my wrist to my elbow for months and it was very painful. The nurse didn’t seem too concerned. Perhaps nursing staff would benefit from more training regarding chemotherapy treatments.

I have received enough information about side effects and the long-term impact of treatment. I’ve been very sick throughout and after my chemotherapy. I have had problems eating but, luckily, there was a dietitian in the hospital to help me. After chemotherapy, I suffered from palpitations and was given medicine for this which I still take. I was also on many painkillers during treatment.

I have had to pay for all the medication myself. My cancer care cost me a lot of my savings and I can’t work anymore. I do receive disability aid but it’s less than my salary, so I have much less to spend. As a result, I have moved to a smaller house. I do get compensation, which means certain things are cheaper for me, like medicine. I’ve also received a lot of information from the hospital about financial help.

It’s very hard to accept  that I can no longer do the things that I used to do. I didn’t get psychological support, but I also didn’t want it. My sister helped me during my illness, but I never really wanted to talk about my cancer and treatment.

I haven’t been refused any treatments or medication, and my cancer care has been very consistent since diagnosis. The only concern I have is regarding chemotherapy. This can be improved, especially in relation to the knowledge of the nurses and financial feasibility.