Patient story: ‘This is the kind of support I needed’

Home News Blog Patient story: ‘This is the kind of support I needed’ 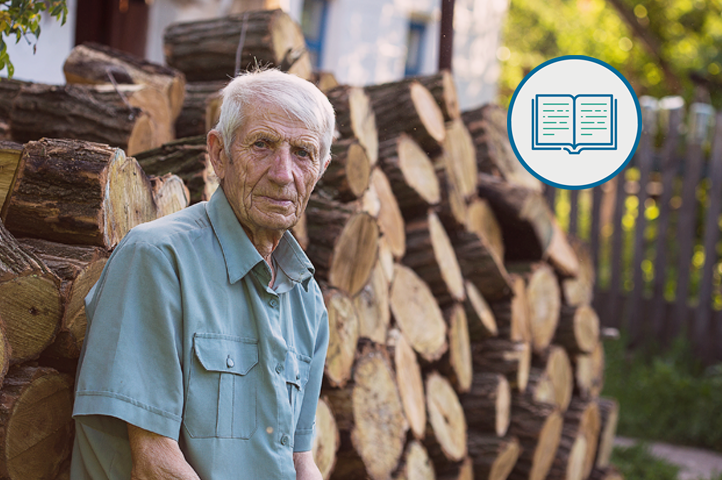 My first symptom was persistent back pain. I saw several specialists and had a lot of tests. They thought it could be something related to my bones, then perhaps a kidney problem, then something related to the blood system. Eventually I had a biopsy of the kidney and bone marrow. During the biopsy, I heard two of the doctors discussing my situation. One of them said it was so clear that histology was unnecessary – it was undoubtedly myeloma. I couldn’t believe he was so glib, when I was conscious and could hear everything. I felt powerless. It was a total lack of sensitivity on his part – he was talking about my health and my life.

I was discharged from the hospital two days later. Together with my wife, I started looking for more information. I had to do something; there was no time to lose. A week later, the hospital phoned to arrange a meeting to communicate the diagnosis officially. My treatment began almost immediately.

‘I felt confused and lost’

During my treatment, I became unwell with a severe lung infection. I ended up in intensive care and was in a coma for almost two weeks. When I woke up, I was in a dark room and the only thing I could see was a blurry image of a clock reading four or five in the morning. I was in a huge room with many other beds and I was hooked up to buzzing machines. I felt confused and lost. What had happened? Where was I? I could neither see properly nor speak. After a while, the situation was unbearable, I lost control and I tugged the arm with the IV. The alarm went off. A nurse came immediately, asking me to stay calm. It was the first human voice after hours of silence and darkness!

I wanted someone to explain where I was and call my wife, but I couldn’t say a word. None of the doctors and nurses thought of talking to me. They just said that my wife would come in the afternoon. I remained in that state of agitation until she arrived. I found out only afterwards that no one had called her – she came at three o’clock as she was doing every day, and was surprised to find me awake. She didn’t know how to help me, either. When patients come out of a coma, they feel very vulnerable – they have lost track of time and reality. People should be cautious and help the patient fill gaps gradually with some explanations, reassuring them.

It took me about two months to recover. I was so weak that I couldn’t walk. Gradually, I was able to get out of bed, and eventually walk again. As soon as possible, I returned to the haematologist to see how to resume cancer treatment. During the conversation, the doctor suggested a stem cell transplant. I considered this for a long time – it’s a complex operation which the doctors were not sure I could endure, and I’d heard that some people who’d had the operation had recurrences. Eventually, I decided – together with the doctors – to abandon the option of stem cell transplantation and to continue with chemotherapy.

I’m aware of the seriousness of my illness and, from the beginning, I was prepared for distress and difficulties related to treatments. But those two episodes – overhearing the discussion during my biopsy, and waking up alone and afraid from a coma – put me in such an uncomfortable state of mind. And both could have been avoided. People should be more tactful and think about how their words and actions affect the patient.

‘We help each other’

I am currently in follow-up, with checks at the hospital every three to four months. No further treatment is planned. My body needs to recover. During each follow-up, I stay in a healthcare facility run by an association of volunteers. It is very close to the hospital, so it’s convenient and they provide free accommodation to patients with blood diseases. I really feel at ease there and have some good friends among the other patients.

Even if doctors say we should feel free to ask questions, we know that they don’t really have time either to answer or to keep up with everything. So we help each other, sharing our experiences and valuable information – especially during afternoon tea, which is the most popular social event in the house. This is the kind of support I needed.

Despite the convenience of this facility, I would recommend having treatments and care in a hospital near home. The hospital where I’m treated is 600km from my home. It’s a long journey and an additional cost. When I started, I couldn’t have imagined that my treatments would last for so long.

My treatment ended over a year ago, and so far things are going well. My main problem now is that I have very low immune defences, so it takes very little for me to get an infection. Doctors told me that I should wear a mask in public places, but I don’t like doing it. I am cautious not to eat raw food, and I wash my hands frequently.

Overall, though, I have a normal life; I just have to pace myself more carefully. I was already retired, but after this experience I have slowed down. I do things more calmly, without urgency. Myeloma has changed my life. It’s also been hard for my family, but they slowly accepted the situation, and we have moved on together.

To find out more about the All.Can patient survey project and to download the full report of findings click here.

Patient story: ‘I wish I hadn’t looked it up on the internet’

This patient story highlights the need for improved information sharing and support.