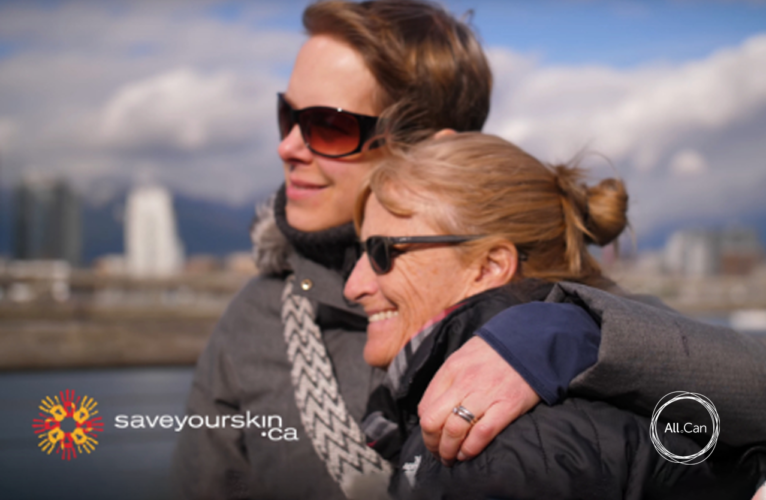 SYSF is a Canadian patient-led, not-for-profit group dedicated to providing compassionate support to non-melanoma skin cancer, melanoma and ocular melanoma patients across Canada. In 2017, after hearing more and more from our patients about the significant impact their cancer had on their mental health – and the lack of available support they found to deal with it – we decided to conduct a Canada-wide Mental Health survey with English- and French-speaking melanoma patients.

The aim of our survey was to learn more about how the diagnosis, treatment, and survivorship of cancer affected melanoma patients’ mental wellness. Over two thirds of melanoma patients (68%) reported that they sought emotional support to help them work through their cancer experience. This was similar in English- and French-speaking respondents. Interestingly, this number echoes the findings of the All.Can patient survey, which revealed 73% of Canadian cancer patients felt they needed support during their cancer experience, indicating that the majority of all types of cancer patients in Canada do seek emotional or psychological support related to their disease.

Of the 32% of melanoma patients who did not receive emotional support, most wished they had. French-speaking respondents were more likely to seek emotional support; however, they reported greater challenges to receiving that support. Again, these findings were echoed in the All.Can patient survey, which found more respondents from Quebec reported that psychological support was unavailable to them compared with respondents from other provinces, indicating a high need to improve access to psychological support for cancer patients in Quebec.

When asked why they did not seek emotional support, 63% of French-speaking melanoma patients reported financial difficulties accessing support, compared with only 25% of English-speaking respondents saying the same. Similarly, in the Canadian All.Can patient survey, when asked what types of cancer care treatment patients paid for themselves, 65% of respondents from Quebec reported paying for alternative treatment and support (including psychological support) compared to an average of 40% of respondents from other provinces.

When asked what their ideal support system would look like, 35% of Canadian melanoma patients said one-on-one treatment, 27% said friends and family, 26% said group therapy, and 12% said online therapy. This indicates that a variety of different types of support is required to address the psychological needs of patients.

SYSF has a section on our website dedicated to emotional and mental wellness, which provides resources to our patient community. We have also communicated the findings of these surveys to our network of oncologists and dermatologists in the hope that it will support them to address the psychological impacts of cancer with their patients. It is essential that all patient representatives and advocates create, distribute and prioritise emotional and psychological support resources and professional services for patients to help close the gap in this area of treatment and care.

Please note: figures in this blog post taken from the All.Can patient survey refer to to country-specific data collected in Canada. These data are unweighted and cannot be compared with responses from other countries, or with the data from the international survey, which were weighted. For more information on data weighting, a full methodology and survey findings from other countries, please see https://www.all-can.org/what-we-do/research/patient-survey/